The tactics you use in your online marketing strategy may shift depending on what goal you want to reach.

When it comes to using Google Ads, however, only one thing should matter about all else.

That is, of course, your ROI.

If you’re spending any money on SEO services or pay-per-click advertising services of any kind, then you want to ensure that you’re not spending too much time on strategies that simply aren’t seeing enough of a return.

For that reason, let’s take a look at how you revitalize your use of Google Ads, give it a much-needed kick, and benefit from better results.

It’s a simple enough tip, but it couldn’t be more important.

Conversion tracking is the only way that you’re going to know whether or not a certain ad is working.

It shows whether or not you should drop it from the campaign.

Even whether you should spend more on it to improve the visibility of an ad that’s already working well and could work even better with a little more focus. This is done by cookies left on your visitor’s computer or mobile device by a cookie that Google attaches to them that records which pages they visit and what they click, including those all-important conversion clicks.

Get used to using this data, as it will be the main metric of determining not only when a PPC campaign is successful, but if it’s providing a return-on-investment or only providing you with valueless clicks.

Tracking your ads is going to show you which ads get clicks, what time of day they get clicks, and which clicks lead to conversions.

There’s another metric you should be tracking, however. That’s your quality score.

Quality score is essentially Google’s way of determining whether your ad gets top billing or gets pushed beneath your competitors.

It depends on a few factors. Being too broad with your ad groups is going to harm the overall effectiveness of your campaign, even if you have individual ads within that group that are working just fine when they have the room to work.

The best way to organize your ad groups is to create one for each particular web page, service, product, or range of products that you want to advertise.

Otherwise, you’re not able to choose the most direct search terms that fit to individual ads.

This will hurt your click-through rate (CTR) overall and will result in an ad group being hampered by a poor quality score.

Even when you have distinct, purpose-driven ad groups, look through them to identify keywords with a lower quality score and consider removing them or thinking about which ads they might be better suited to and moving them to the corresponding ad group.

Focus it in the right place

Take the time to think of your AdWords strategy and where exactly you’re going to be investing before you start spending money.

You might be underwhelmed with a part of your campaign that isn’t working as well as you would like.

It’s natural to want to strengthen the “weak links” in your operation.

However, that shouldn’t be the only justification for focusing your Google Ads expenditures on that part of the campaign.

Instead, think about which changes would have a bigger impact on the overall ROI of your marketing campaign, not just how much improvement you could get for the ROI of a specific portion of it. Then go about looking at its Quality Score and improving it so that you’re spending less-per-click on those keywords and their related ads.

Your website is at the core of any good Google Ads campaign.

The ads themselves are important, but the landing page that your visitors end up on once they’re redirected is where it’s truly going to be decided whether or not you get some return from them.

There are a lot of little tweaks that can be made to improve the conversion rate of your site.

Changing the position and size of a call-to-action, changing a heading, incorporate different images and so-on.

A/B testing is a great method of testing out different variations and getting a feel for what truly works on your landing pages, as opposed to sticking with your initial design and investing money in Google Ads that, in the end, just won’t matter here is a great article from Nabeena Mali to get you started on A/B Testing for Beginners. Besides skipping the testing phase, one mistake that can really undermine an effective ad is when you use all your clicks to redirect a search engine user directly to your homepage.

That is by far one of the worst ways to use PPC advertising.

For one, it creates an immediate barrier to the potential customer.

If they wanted information on a specific product or service as mentioned in the ad, then they are going to be forced to make one extra click to find it.

A core tenet of web design is an economy of clicks.

The more work a visitor has to put in to see the information they find relevant to them, the less likely they are to actually complete that journey.

A homepage cannot be optimized to fit every potential search query and ad group you use, so create landing pages for specific ad groups and even ads within the same group that are distinct enough from one another.

Know what you don’t want

We are well beyond the era of keyword stuffing.

Not only do online business owners know that it doesn’t work, but they’re also recognizing that it can actually be a detriment to the results they want to see.

Visitors finding your adverts and your site through irrelevant keywords are going to be much harder to convert if it’s possible to convert them at all.

Beyond avoiding the use of extraneous keywords, think of your negative keywords.

This might be phrases and words that can often be tied to those that you do want to capitalize on, but aren’t relevant to the business and are therefore likely to result in you paying for clicks that have little-to-no chance of presenting a return.

For instance, unless you genuinely provide a free sample of your services or products, you should add it to your negative keywords.

Otherwise, you’re going to get clicks on the end of searches from people who are only looking for a free trial and aren’t thinking about spending money right now.

In theory, Google’s Broad Match option is a good idea.

It’s a good way to make sure that you’re getting relevant clicks even when you don’t line up with a visitor’s search query on a one-to-one basis.

The unfortunate reality is that this is just a theory.

Just like not using negative keywords, using broad match can result in you getting a lot of clicks from search engine users that Google thinks are related to your ads, but simply aren’t, in reality.

At the start of your campaign, stay away from Broad Match until you have a good idea of which keywords work strongest for your business.

When you do, then using Broad Match Modifiers for those specific keywords can get you a lot closer to the intended use of the option.

There are a lot of different ways you can advertise the same thing and sometimes using your own knowledge of marketing isn’t enough to determine which is really going to help you stand out best amongst your competitors.

Instead of putting all your money initially behind a specific ad that fits to one individual purpose, start by spreading your bids amongst different ads in a single ad group.

Let them compete against one another and start eliminating those that are performing less effectively to make way for those that are seeing more clicks and more conversions.

Take the logic you learn from the test results of these ad groups and apply it to the others.

You likely already have an idea of which keywords work well. Once you’ve tested them and found out that you’re right, it’s time to keep building your list of keywords.

The first keywords you use are likely to have plenty of competitors bidding on them and might be too limited.

Look at related terms and jargon either from your own knowledge or databases like Amazon and Wikipedia.

This can be an effective way of finding a keyword that works great but doesn’t have nearly as many competitors bidding for top billing on them.

Those are the keywords that offer the most potential return.

Search campaigns can be separated into four main groups.

Competitor terms are terms used by your competitors that, while unlike to guarantee better results than them, are considered necessary by many.

Branded keywords use your brand, as the name suggests.

For a business that doesn’t have a lot of visibility and recognition by the target audience, these are usually the terms that offer the least return.

Short-tail terms are the general phrases, often directly related to broad services and products you provide that catch a lot more traffic.

When it comes to ROI, however, long-tail search terms are the most valuable. 70% of all AdWord impressions are created by searches of more than 5 words. The danger of long-tail keywords is that they are very specific, and not likely to see as much traffic.

But for what traffic they do see, you’re likely to get more conversions and thus bigger returns on them.

Adjust to the medium

The message you deliver is important, but just as important is how that message is delivered.

In digital marketing, this comes down to two broad mediums: traditional computers and mobile devices.

You might already be spending a lot of time developing different content for audiences that are specifically using mobile platforms.

You should consider taking the same approach with your PPC advertising, as well.

While you’re paying attention to the analytics and results of your ads, pay attention to how well they’re doing on mobile markets, too.

Some will work great on PCs, Macs, and Laptops, but not as well on smartphones and tablets. When you identify those ads, add a negative modifier to them.

You can use a -50% modifier on an add so it halves your bid for mobile devices, or even add a -100% modifier so that ad will no longer appear on mobile devices. It’s a way to make sure that not only are you getting clicks from mobile devices that don’t convert. It also allows you to focus mobile traffic to the ads and content you develop specifically for the platform.

Your whole campaign might be more effective at a certain time because that’s when your target market is more likely to be using Google for those particular queries. Initially, test all your ads throughout the whole day, every day of the week.

It might take two or three weeks to get a big enough test group to see which times of the day and days of the week are most effective.

Once you do, configure the bidding schedule to better fit the ads. Otherwise, you could be getting clicks from visitors who don’t have the time to follow through on them, decreasing your ROI.

These are real tips that good Google Ads consultants will use every day to ensure that their clients get the results they need from their campaign.

Don’t spend too much time testing the water and wondering what’s not going right.

Start implementing these small changes now and see a big difference down the line. 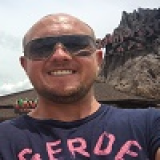